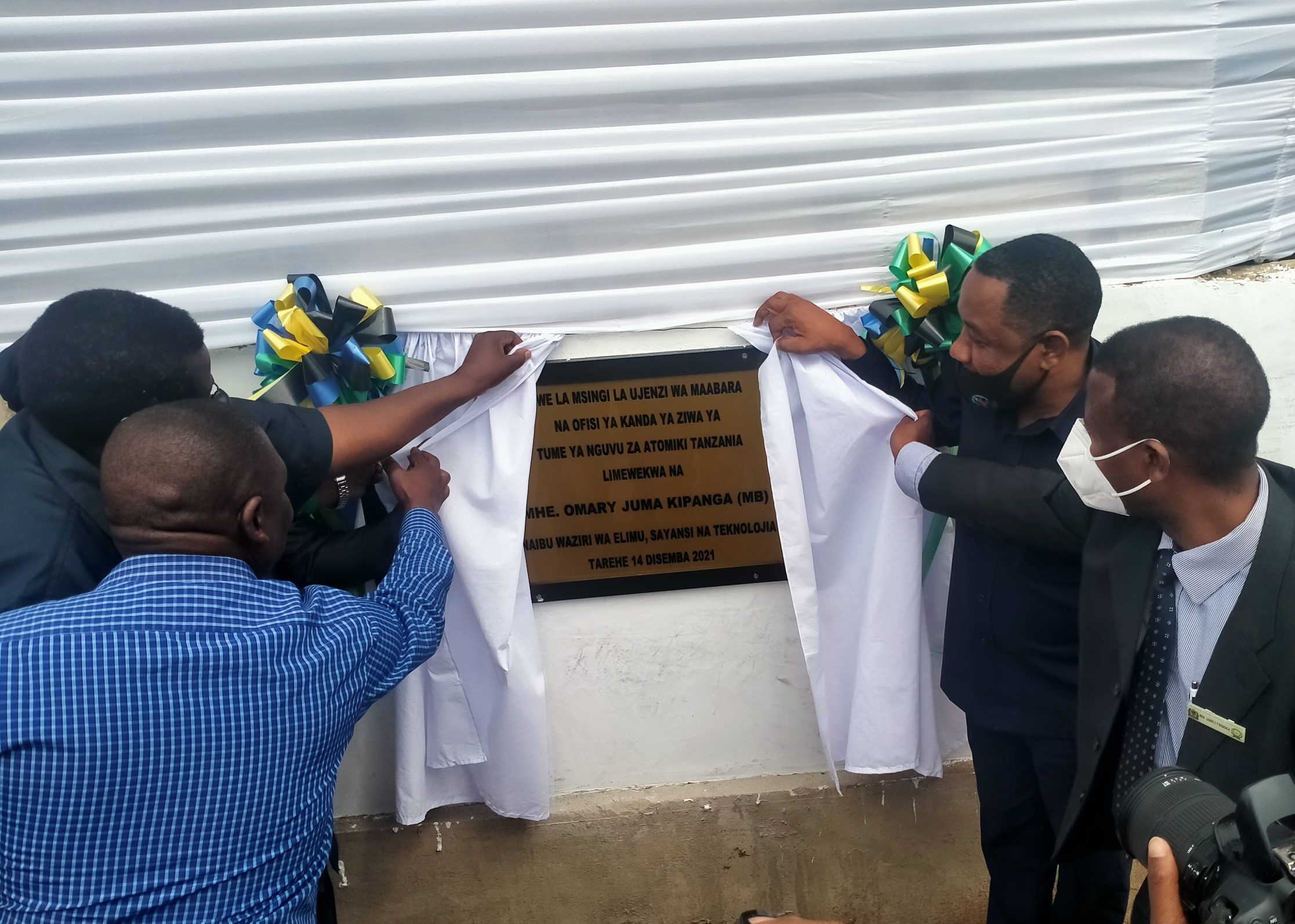 The Deputy Minister said this in Mwanza City on December 14, 2021 while laying the foundation stone for the construction of the TAEC Laboratory in Nyegezi area, where he told the people that the Government’s role is to bring services closer to the people, therefore the construction of the TAEC Lake zone laboratory will help the control of safe use of radiation and for that reason the people in lake zone region will benefit a lot by being protected on the potential harm caused by Radiation

When issuing a statement of the construction project progress, the Director General of the Tanzania Atomic Energy Commission, Prof. Lazaro Busagala thanked the government for continuing to focus and allocate funds for various projects that s move services to the people while saying that now the people are getting services on time and in a shorter time than ever before.

“Radiation certificates permits are currently issued within a short period of time and for a period not exceeding one day the permit is obtained, not like  the previous where it was taking up to seven days for the client to obtain the permit” Prof Lazaro said.

This regional laboratory construction cost is funded by the Government at a cost of 2.8 Billion shillings and upon its completion a total number of eight (8) regions of the Lake Region will be receiving services through this Laboratory.