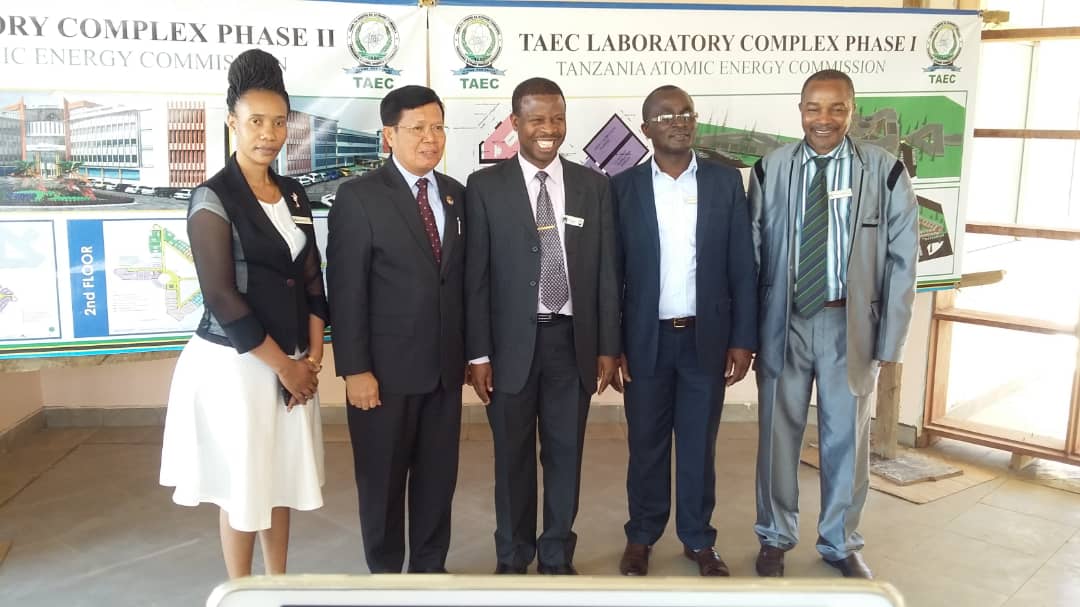 During his visit, H.E. Ambassador made a talk with the Director General Prof. Lazaro S. P. Busagala and the TAEC Management and promised a new chapter of cooperation between Indonesia and Tanzania on sharing best practice on the peaceful use of nuclear technology applications in agriculture, industrial, animal breeding, human health etc.

H.E. Ambassador promised further technical cooperation between Indonesia and Tanzania in terms of researches, infrastructure development, expertise exchange programmes, training fellowships, and scientific visits in the field of Nuclear Technology. Furthermore, His Excellency pointed out the possibility of having a special exchange programme between the Indonesia Atomic Energy Agency (BATAN) and the Tanzania Atomic Energy Commission (TAEC) in sharing expertise in areas of atomic and nuclear technology matters for socio-economic development.

During the visit to the New TAEC Laboratory Complex, H.E. Prof. Pardede appreciated and commended the type of equipment installed.

On the concluding remarks, the TAEC Director General, Prof. Lazaro S. P. Busagala thanked His Excellency for visiting TAEC and his promise of technical cooperation between United Republic of Tanzania (URT) and Indonesia; this will enhance growth of the trade and industrial revolution by using nuclear technology technique in the country.